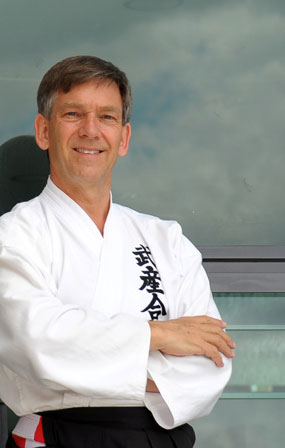 George Eaton is licenced in Japan as a master teacher (Shihan) of Takemusu Aikido. George is the first non-Japanese Shihan in the school promoted to the rank of 8th Dan. He is a leading exponent and pioneer of Takemusu Aikido in Australia and has a level two coaching accreditation with the Martial Arts Industry Association.

His first contact with Aikido came when attending a self-defence course in South London in 1978, going along with two fellow University Graduates, keen to maintain fitness and learn some new skills. He was captivated by the dynamic moves and decided to learn the art behind the techniques, joining the dojo which was led by Sensei Andrew Moxon.

George formed a Takemusu Aikido dojo in Brisbane in 1986, with the support of the UK Branch. He progressed up through the ranks until he was directly appointed to establish an Australia Branch of Takemusu Aikido Kai by the headmaster himself in 1992.

In 1996 he took the first group of Australian branch members to an intensive training camp (gasshuku) in Japan with the school’s senior masters, which occurs annually. This began a growing global exchange and international gasshuku have been held in Australia in 2002 and 2010, in the UK in 2005 and 2012 and Brazil in 2013.

Outside his role leading the school George trains personnel in the win-win approach of Aikido as an inter-personal skill. He has a post graduate diploma in Conflict Management and has worked with diverse groups, from soccer referees to social workers, assisting individuals to better manage conflict and confrontation. 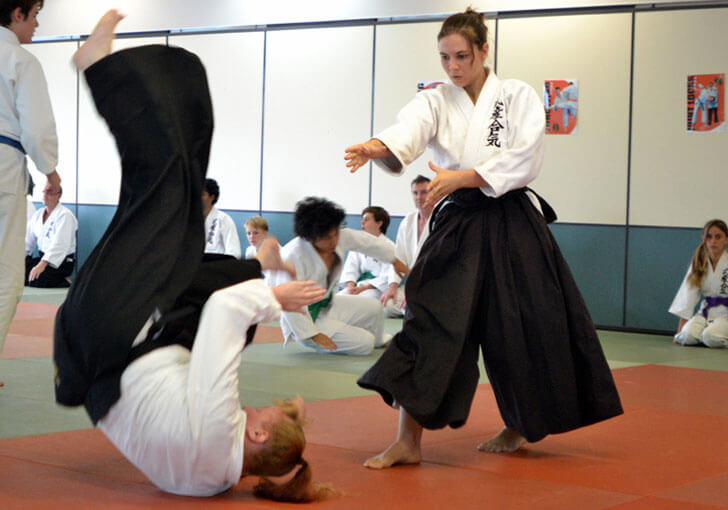 Takemusu Aikido Kai (Australia) Inc. is an internationally affiliated Not-For-Profit martial arts school. We welcome and encourage the participation of members from all walks of life. We provide traditional training by qualified instructors in an atmosphere of friendship, mutual respect and joy of training.

Our instructors are accredited through the Japanese Headquarters and locally with the Martial Arts Industry Association (MAIA). All our instructors possess Blue Card Accreditation through the Queensland Government. 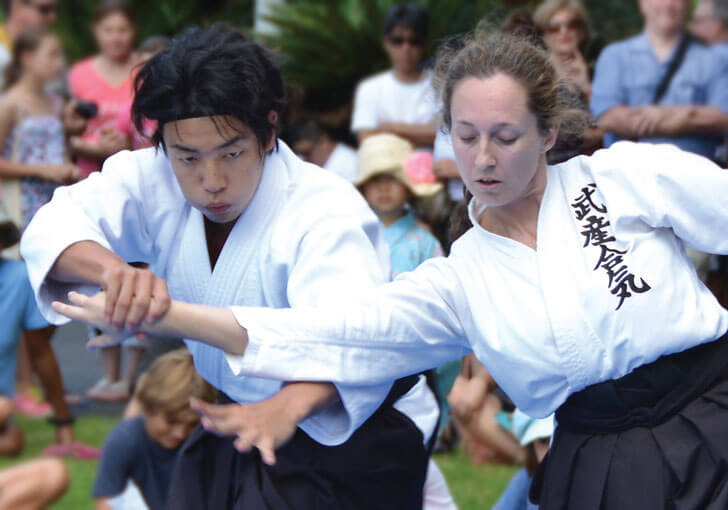 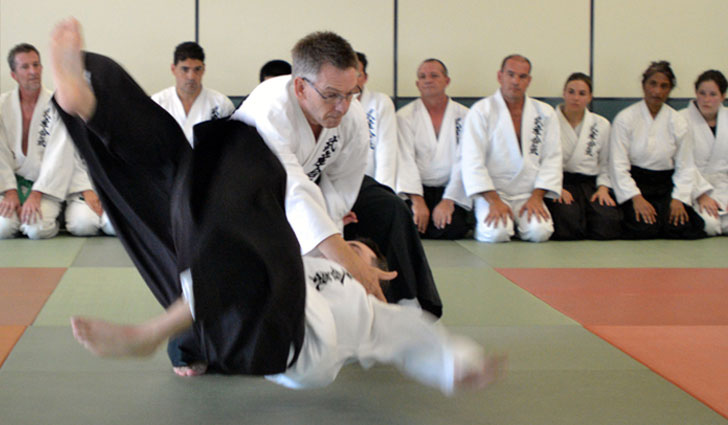